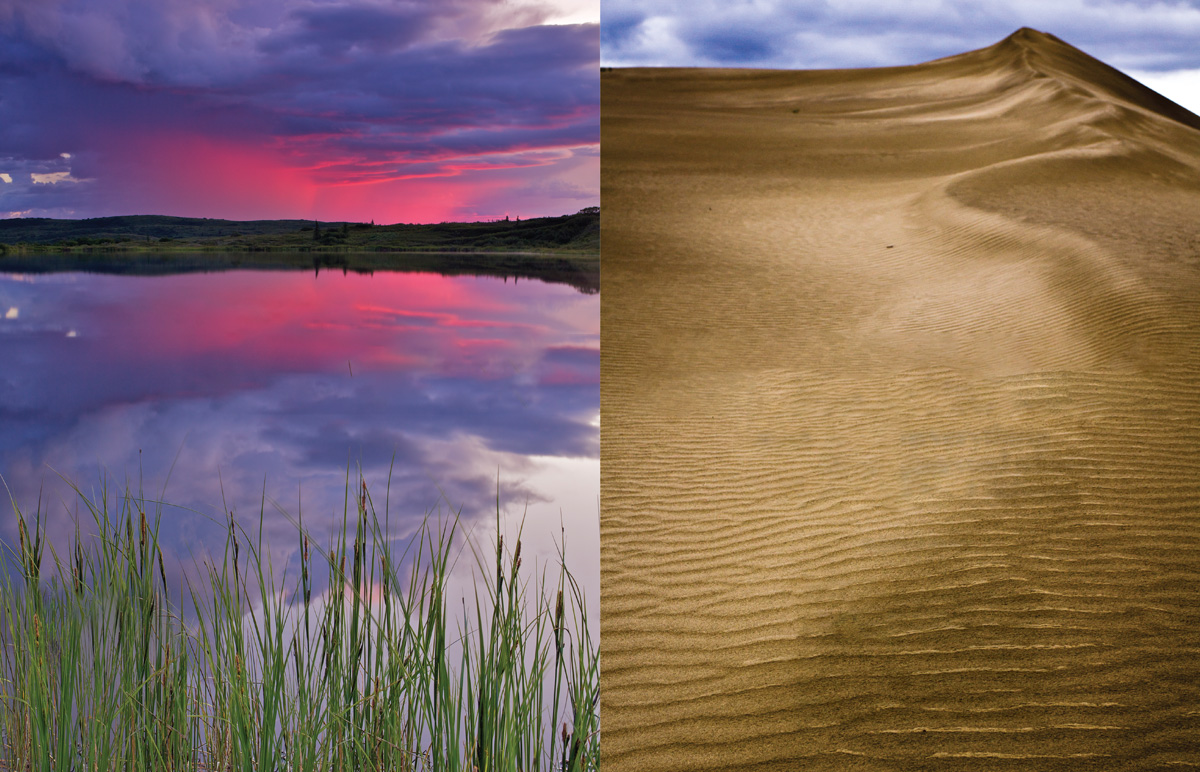 Visitors can see everything from bears and murres to sand dunes and salmon.

It’s Denali National Park’s fault I live in Alaska. Fourteen years ago, I accepted a position as a field biologist, banding birds at the far end of the park’s only road. For two months I awoke every clear morning to a view of Denali itself, the Great One rising 20,320 feet into thin air. I was hooked, and have been here ever since.

Though Denali holds a special place in my heart, it is only one of numerous incredible parks in the state. Alaska has eight national parks, three national preserves, two national monuments and three national historical parks or areas. The dozens of state parks and recreation areas across Alaska range from riverside boat launches to the 1.6-million-acre Wood-Tikchik State Park. State and national parks together encompass more than 57 million acres, an area larger than the state of Minnesota.

In the years since my first venture into Denali, I’ve had the chance to visit many of Alaska’s parks. There are lifetimes of exploration to be had within the boundaries of our parks.

I was on the left side of the shuttle bus on a recent early-summer trip into Denali National Park. All access is provided by shuttle bus service, so I’d left my vehicle at the park entrance near the seasonal village locals derisively call “Glitter Gulch.” (I’ve always thought this an ironic name since nothing about the souvenir shops, restaurants and hotels really glitters.) In the park, away from the noise, I was enjoying the expanding views as the bus chugged slowly up Polychrome Pass. A few of my fellow passengers were beginning to avert their eyes from the windows as the chasm below grew. A man piped up, loudly, asking the driver, “How far is it to the bottom?” The driver responded, “Most buses take about 12 rolls,” then paused, and continued, “…but I can do it in eight.” Silence filled the bus for a moment before everyone broke into a laugh.

The driver’s quip drove home a point: the requirement to ride shuttles may be a little annoying, but it’s better than traffic dangerously clogging that notorious road.

We drove on and saw occasional bears exploring the tundra-clad hillsides. Eventually we stopped at Eielson Visitor Center, where the mountain itself was just appearing from behind the clouds. When a small group of caribou crossed the Thoroughfare River below, I was reminded, yet again, of the incredible nature of Denali National Park.

Riches of the Alaska Peninsula

Far to the south and west of Denali, the Alaska Peninsula reaches west like a long, curving, finger separating the Bering Sea from the North Pacific. Katmai National Park lies on the peninsula, while Lake Clark National Park is situated near its base. These two are perhaps best-known for two things: salmon and bears.

Katmai is home to the famous Brooks Falls, where dozens of bears congregate in July and August to feed on runs of red salmon that flood into the short river. Despite having no road access, it isn’t all that difficult to get to Brooks. A short flight from Anchorage ends in the fishing community of King Salmon, where float planes shuttle visitors from town to the shores of Naknek Lake and the mouth of the Brooks River. A short orientation by the park rangers about bear safety, and it’s off to the viewing platforms.

I’ve visited Brooks Falls on several occasions and, despite the crowds (it is close enough to Anchorage for day trips), it remains a true wildlife spectacle. During the peak of the red salmon run, one can stand safely on the viewing platforms just feet away from 1,000- pound brown bears as they snag salmon from the river.

For Hungry Wolves, Sea Otters are on the Menu

Bears take over during the pandemic